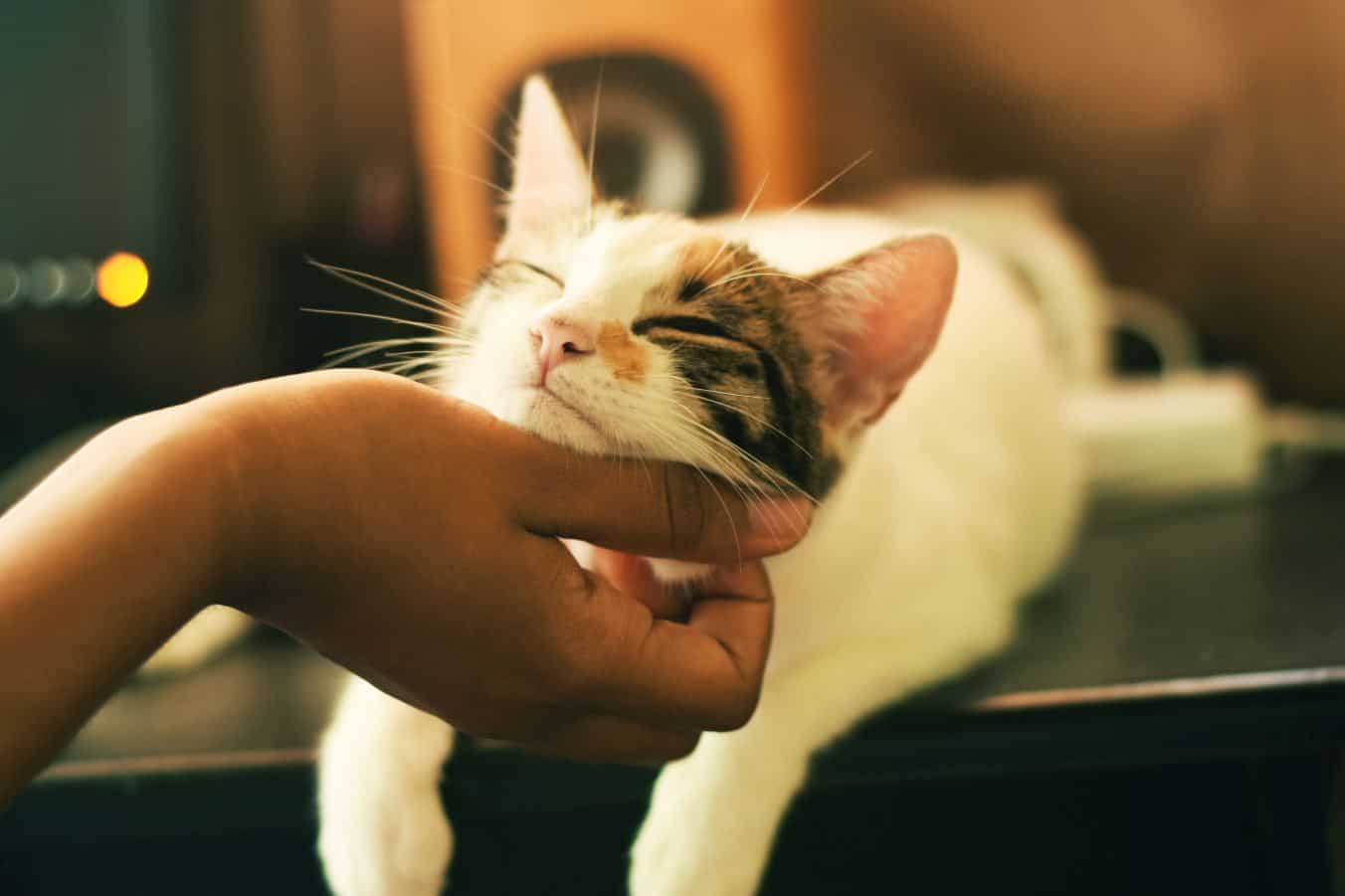 Like so many people, I don’t know where I’d be without the cats that have made me a better human. So it hurts when I hear misconceptions spread based on exhausted stereotypes about cats and their people.

It may seem harmless to poke fun at “crazy cat ladies” or perpetuate other false stereotypes about cats; however, these assumptions and jokes are not only rooted in ignorance, but can be dangerous to the fate of innocent felines – leading to more cats being abandoned, abused, or killed.

Historically, the ancient Egyptians worshipped cats and considered them holy. Even today, cats are adored without stigma in many cultures… 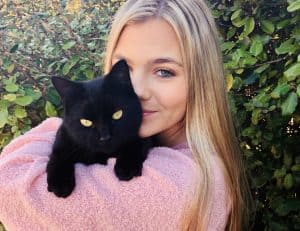 So, why the disrespect towards felines in the U.S.?

You’ll often hear people refer to themselves as either a “dog person” or a “cat person”—before they’ve even had a pet—based solely on depictions of dogs and cats in fictional media. Just think of how the cinematic demise of cats typically compares to that of dogs. Almost always, the death of a dog is designed to pull at the heartstrings and bring on the waterworks, whereas cat deaths are usually played for comedic effect.

It is strange that making light of cats’ pain has no parallel in the canine realm. A survey conducted by the Associated Press found that 15% of people expressed antipathy towards cats compared to 2% who disliked dogs. Author Barbara Holland noted that [in the U.S.], “people who hate cats tend to be proud of that fact, and brag about it as if it proved something honest and straightforward in their natures. Nobody brags about hating dogs.”

Or consider that cats are often assumed to be devious, aloof, and even vicious…while dog bites are one of the top injuries seen in U.S. emergency rooms.

The damaging results are that some people see cats as less akin to us – less lovable, less friendly, or even just so independent that they do not need to be cared for or given attention, leading to the belief that they’ll be alright if we neglect or abandon them.

However, it turns out that cats actually develop secure attachments to their humans at a higher percentage than dogs. 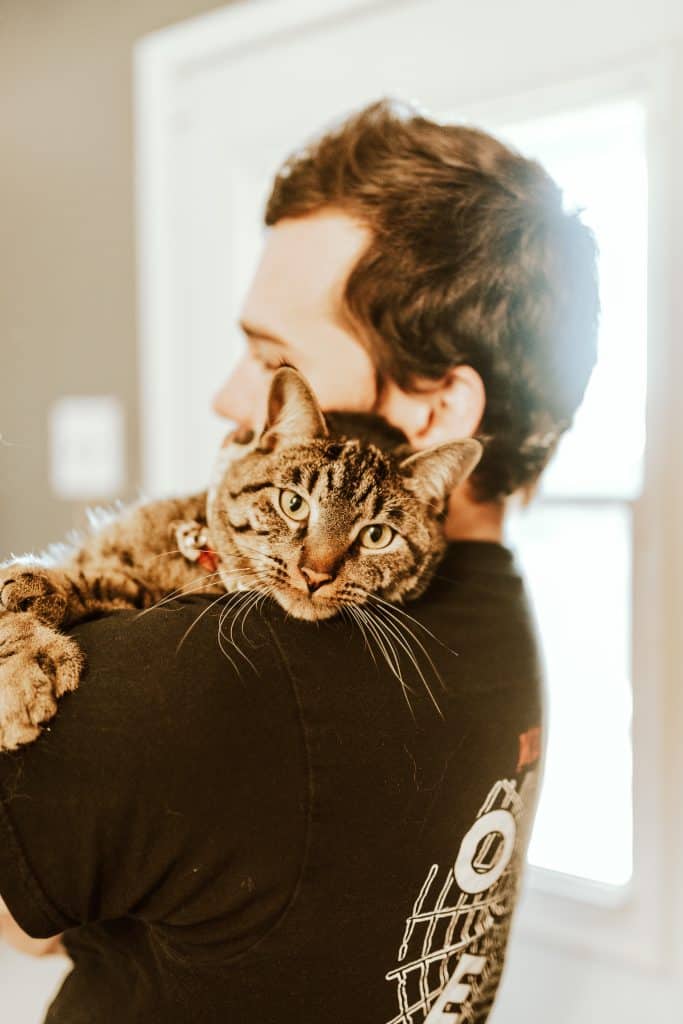 Secure attachment means you’re attached in a way that is confident and trusts your caregiver to be available and responsive; whereas if you’re insecurely attached, you don’t have that trust. An Oregon State University study found that “cats show a similar capacity for the formation of secure and insecure attachments towards human caregivers previously demonstrated in children (65% secure, 35% insecure) and dogs (58% secure, 42% insecure).” Cats showed 65.8% secure and 34.2% insecure attachment, with attachment being relatively stable and present in adulthood.

I know what you might be thinking – “well, that’s all good and dandy, but cats only attach to me because I feed them.” I can put this false assumption to rest, as well: in a study published in the journal Behavioral Processes, scientists found that when pet and shelter cats were offered a choice between food, toys, scent, and social interaction with humans, the majority chose interaction with humans as their preferred activity.

Unfortunately, in a culture obsessed with instant gratification, Americans often expect to be immediately and openly accepted by cats as they seem to be by dogs. The thing about most cats, as is the case with many humans (hmm…), is that they need to develop a trusting bond before they decide it’s safe to open up to someone.

Once they do, though, you’ll have a best friend for life. I know cat guardians will agree that success in forging a fulfilling relationship with their feline is immeasurably powerful because we earned it.

Over my life, I’ve had the pleasure of living with five cats from different litters and each of them greeted me when I came home, followed me around everywhere, loved to play with me, slept next to me, and enjoyed being pet – especially if that included belly rubs.

I know a few people who play fetch with their kitties and teach them tricks. Even cats who act more independently will show their love when they rub against their person or slow-blink at them – subtle, but meaningful all the same.

What I love about cats is that they aren’t needy and like to do their own thing at times, but when we are together, we make each other better – just like how any fulfilling relationship should be. I believe my relationships with cats are genuine friendships, not ownerships.

Cats and dogs behave differently but that does not mean either is less deserving of our love, or less capable of loving us back. Whatever your preference, please realize that what you blindly believe from stereotypes or cat haters can be extremely destructive to the wellbeing of felines across the world. You don’t have to like cats, but you gotta respect them.

Sophie is a proud mom of two crazy, loving kitties named Melvin and Janet. Janet likes to perch on people’s shoulders and Melvin is a sucker for belly rubs. Sophie is currently training Melvin and Janet to be adventure cats!