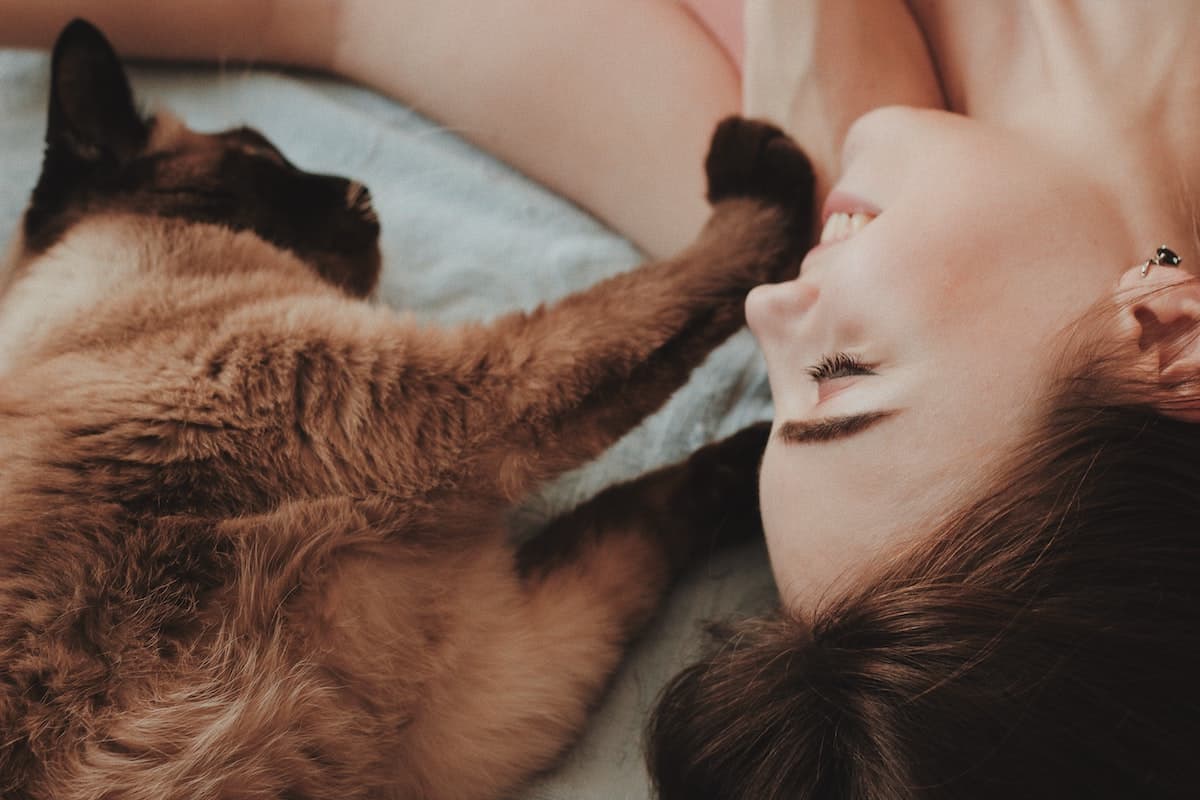 Series: This is part 2 of a series called Cat time is good for you.

Believe it or not, our sweet-bundles-of-fur are probably saving us a bundle in medical bills.

Wait til you hear all this…

While cats in particular have healing powers, research on pet companionship in general is also impressive.

While a study showed that both cats and dogs  reduced stress-related blood pressure more than ace inhibitor medication, a study at the University of Minnesota found that cats in particular may reduce your chances of a heart attack by 40%.

The study, which looked at 4,435 Americans aged 30 to 75, showed that those who did not have a cat had a 40% higher risk of having a heart attack and a 30% greater risk of dying from other heart diseases than those who have or have had a cat.

A decreased risk for death due to myocardial infarction and all cardiovascular diseases (including stroke) was observed among persons with cats.

I was diagnosed with a heart arrhythmia many years ago. That’s a crazy erratic, racing heartbeat that happens periodically in varying degrees of intensity and threat.

I did not have a cat at the time. A bit later I lived with cats again and a bit later I stopped having arrhythmia. Didn’t think much of it.

Fast forward many years to when my only cat, Bastet, was dying. I started having bouts of terrible heart arrhythmia symptoms. After she died it got worse–and by worse I mean nearly constant.

It stopped the day we brought home two new purring youngsters named Phil and Joel. The arrhythmia disappeared that day and hasn’t returned since. Were there other factors that may have affected my heart arrhythmia in these cases? Probably. But the timing of the healing was uncanny.

There’s certainly some mystery as to exactly how cats and dogs manage to be good for our health. So far my investigation has uncovered these research nuggets about the healing power of kitty cats:

Stress symptoms are lowest in people with cats

In a study by Dr. June McNicholas, stress symptoms were lowest in cat owners, second lowest in dog owners, and highest in people without pets.

The Fauna Communications Research Institute found that every cat in their study created purr vibrations within a range known be medically therapeutic (25-150 Hz). This frequency is therapeutic for:

Other good news about having an animal friend at home

Well, this has been humbling! Excuse me while I go see what little Phil and Joel are up to.

Do you suspect a cat helped you heal?

I would love to hear your thoughts in the Comments below.

Onward to Part 3, where I’ll look at an easy healing meditation technique that you can do with your cat. I tested it with a biofeedback device.